You should read this important information before you decide reasons buying blackberry?

What does he mean? That is all native BlackBerry application, including the BlackBerry Operating System (OS) with perfectly integrated with the other. Let’s just say you received an email from a friend that contains the phone number of someone you wish to contact.

From the earlier email, you can click on the number listed and easily you have dialed the number (no need to get out of the email and then manually push the number you wish to contact).

Another example of when you capture an image with a camera and send the picture via email or bluetooth, you can do it directly in the camera application. This integration is incredibly intuitive, it’s like your BlackBerry always knows exactly what you want to do next.

This is a menu button that can be clicked in all BlackBerry applications (ie: sms, camera, media, calendar, etc.) to display a mind reading the menu as if the BlackBerry always know what you want to do. When you have understood the basic concept of the menu, then quickly you can use a BlackBerry smartphone effectively.

Put in some time learning the BlackBerry shortcuts, and you Will be not only effective but extremely efficient in executing your whims.

All-In-One “Push Email” exist only on the BlackBerry smartphone. Send and receive emails instantly (you do not have to login every 15 minutes to check if there is new email) as her SMS’s, with this ability among BlackBerry users can say never touched the SMS feature because with the push email in addition to exchanging text ( without restrictions such as SMS 160 letters) can also be used to send the picture as much.

Email the BlackBerry can be set to become one with sms inbox so it will be very easy and practical in its use, in addition you can still read the emails that have been entered on the state of the internet is off. You will be able to tell if an e-mail, sms, misscall had entered just by looking at the BlackBerry LED lights (in the state you left your phone at home or being in crowds and does not hear the phone ring), if it is red then there has been something on your BlackBerry as if you are to check its rule.

BlackBerry email is always running on the device (you never need to connect to the Internet.)

Still not enought reason Why buying Blackberry? Here is more reasons why BlackBerry smartphone is the smart choice.

You do not need to worry if you lose your mobile phone Blackberry because blackberry has been providing a wide range of applications to prevent data theft if your blackberry is missing or stolen by someone. even you could take back the phonebook and messages that exist on your old phone to your new blackberry device.

Applications to protect your Blackberry like the Blackberry Protect (Free), can be downloaded free from App World.

BlackBerry Each unit has a PIN (Personal Identification Number) which identifies the unit of RIM’s BlackBerry network. On the basis of its BlackBerry smartphones have been provided with the BlackBerry Messenger application that allows you to add other BlackBerry users from his PIN number.

Shortly after you add someone, you will be able to send a message to that person (think of exchanging SMS with the format of conversations such as MSN, Yahoo Messenger) and send images and voice memo.

FREE. With the BlackBerry you can be connected to every one of your friends no matter where you go (dangerous if you plan on taking your BlackBerry with you to the REAL class). PIN format example: 30ACF4F4 (HargaPonsel.info owner PIN)

Awesome! In Standby mode the average BlackBerry smartphone can last up to two weeks without being in charge.

If you actively use (browsing, BB Messnger, Games) approximately BlackBerry battery can last 1-2 days (depending on the intensity of usage). NOTE: BlackBerry’s Battery recharges EXTREMELY QUICK!

In the case of exchanging pictures, songs, videos or anything via bluetooth. BlackBerry feels less than practical because it must perform Pairing Device (introduced first). But behind that in fact this can minimize the BlackBerry smartphone virus.

BlackBerry Storm users can copy and paste with a very practical enough to touch (do not hold off) the initial text that would be copied and then touch the end of the section that will be copied.

The last reason I chose the BlackBerry Storm is its ability to perform “Multi tasks”. Within the context of the Smartphone, Multitask is that you run multiple applications (camera, media, games, etc) as well as with your smartphone conditions were still connect with a connection (Phone, Windows Live Messenger, BlackBerry Messenger, etc).

This is some of best reasons buying BlackBerry based on my experiences. Do you have other reasons, please leave your message in comments form. 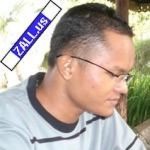 His named Afrizal, he is a fan of technology, blogs writer, sometimes he spending time to reading, and owned few online businesses.

Scroll back to top
We use cookies to ensure that we give you the best experience on our website. If you continue to use this site we will assume that you are happy with it.Ok