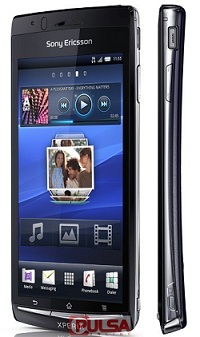 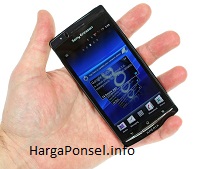 Small screen, big scene
Listing the Arc’s specs makes us feel like kids in a sweet shop, but the biggest treat of all could be its 4.2-inch touchscreen. It’s not the AMOLED kind flaunted by phones like the Samsung Galaxy S. Rather, it’s an LED-backlit TFT LCD screen. This means that, although it doesn’t offer the eye-piercing brightness of an AMOLED display, it delivers more subdued, accurate colours. The 480×854-pixel screen doesn’t match the iPhone 4’s 640×960-pixel display, but it’s still sharp and beautiful to look at.

Two-dimensional experience
The Arc is one of the thinnest smart phones around, measuring 9mm at its thickest ends and curving to 8.7mm in the middle. That makes it feel like a big After Eight mint, and just as snappable. Sony Ericsson admits that its phones haven’t been the toughest around in the past, and the Arc has a plastic case, rather than a metal one, such as that sported by the HTC Desire HD.

Ready for your close-up
The Arc boasts an 8.1-megapixel camera with an LED photo light and a good selection of settings for you to tweak, including face-detection and image-stabilisation features. But the dish of the day is the Exmor R CMOS sensor, which is so oven-fresh that it’s only just arriving in compact cameras.

We’re told by Sony Ericsson that the HDMI output from the phone goes beyond just showing films. You’ll be able to see everything you do on the phone mirrored on the TV screen, as with the Nokia N8, so you could show off your mobile gaming expertise, for example. Thanks to the powers of HDMI, you can also use your TV remote to control the phone. This may not work on older TVs, but you don’t need a Sony telly.

Freshly baked Gingerbread
Sony Ericsson concedes that it’s fallen behind the pack with its smart phones’ software — the Xperia X10 came out with version 1.6 of Android when other phones were already sporting version 2.1. But the company promises that it’s upped its game, and aims to prove it by shipping the Arc with Android 2.3 Gingerbread, the latest version of the operating system.

he formerly abysmal Timescape social-networking app has been refreshed as a widget, so you can swipe through an animated pile of your recent Facebook and Twitter updates on the home screen. The animations look as pleasing as ever, but it takes some work to integrate the app well with your social networks. By default, tapping a tweet or Facebook status update in Timescape will send you to the Twitter or Facebook website, which is no good if you’re offline. If you install apps for the two services from the Android Market, Timescape will link with those instead, providing a smoother experience.

Outlook
Sony Ericsson has woken up from a few years of smart-phone slumber with the Xperia Arc. Its shapely curves and Android brains are enough to tempt any smart-phone fancier. Perks like the Bravia Engine screen and Exmor R CMOS camera sensor make this a monster media phone, despite its lack of Sony Ericsson PlayStation love. With an up-to-date version of Android and a stunning wide-screen display, the Arc is a phone we’d be happy to show off.